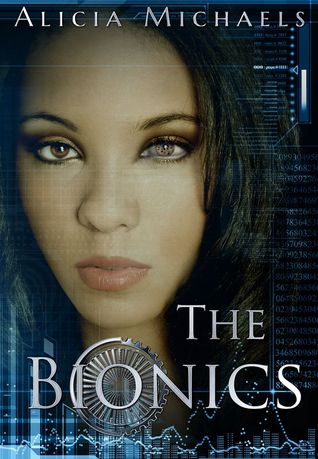 Description: All I ever wanted was to be a normal girl. I had dreams of joining the ranks of the Military Police and making my family proud. But the nuclear war that laid waste to our country destroyed any hope I had of being normal ever again. They took everything away from me, including my humanity. I am now half-human, half-machine, part of the never-ending freak show that is the Restoration Project.

They hate what they created and they fear us for being powerful.

And so they hunt us, destroying our lives so that they can bury what they built. What they don’t know is this: there is a Resistance out there and The Bionics aren’t going down without a fight.

My Thoughts: A really fast read that introduces a whole new world in all it’s glory. Where Dystopia is concerned, there is always control. I really like this story and the world that the author has built. This is my first Alicia Michaels book, so I didn’t know what her writing style would be like. This needs editing. If there’s another version that is edited, then disregard my previous sentence. Aside from the few grammatical errors, it’s quite enjoyable. And as short as it is (96 pages), you’d think that nothing could come out of a dystopian world in that amount of pages. It sets you up for the next book, which I just downloaded because I have to keep reading.I’m intrigued by these characters and this world, so yeah, I’m definitely going further.

Blythe is 90% robot and is apart of the resistance along with other bionics like her. Dax rescued her when the Military Police came to her home looking for her, and in turn, killed her family. The bionics are all she has left. Along comes Gage, fully human, and things start to get a little rocky in Blythe’s world. She has a crush on him, but Dax doesn’t,not only, trust him but is jealous because he is in love with Blythe and she only sees him as a brother. I really like Dax’s character and Blythe is acting like a lovesick teenager over Gage. I really don’t like that part of this story and I’m not looking forward to the rest that is to come.

The book ended with the resistance getting ready to rescue other refugees from where they are being held by the MPs before they are executed. I’m actually ready to read what happens next! Like I said, this story is great it just needs some editing.