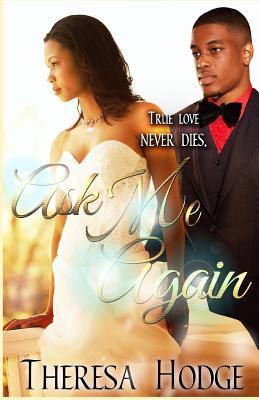 It took twelve long years for Alyssa Darden to come home. A place she promised to never revisit again. The loss of a dear friend sent her back to a place of old hurts that she must confront before she can truly live again. Drake Peterson knows he was the cause of so much pain to the only woman he ever truly loved. He wants to set things right and he’s not going to lose the one opportunity to prove that a love like theirs will never die. Alyssa has moved on with her life. She has a man who loves her, a career and friends in a new city that she calls home. She must fight Drake’s charismatic sway to try again…to open up her heart to the possibility of loving him again. Will fate drive two hearts to open up to love again? Can past hurts and betrayal be healed through loving again? Or, will forgiveness open the door to second chances?

My Thoughts: When I read an adult romance, I like to feel as in love and as flustered as the characters. Upon starting this book, I already knew the direction that it was heading. I kept going anyway, because I just knew that there was more to it than meets the eye. I was so wrong! This book is filled with inconsistencies and it’s repetitive as heck. A quick read, which I was grateful for.

Alyssa is still living with the ruin of her college relationship with Drake. On the night of his graduation from college, she finds him in bed with her nemesis, Autumn. Twelve years later she is back in her hometown to attend the funeral of her best friend. Of course, she runs into Drake at the funeral and again back at her friend’s house. The next thing she knows, she and Drake are having a drink and are sleeping together, all within the span of mere hours. Drake is not one to leave her alone and wants her back at all cost. Once back in New York, she tries to put Drake in the back of her mind and go on with her life, with her boyfriend David by her side. All of a sudden, it’s like her past is repeating itself, when she catches David screwing a former co-worker. It all goes kaboom after that.

Firstly, this book needs an editor. I can’t count how many times I read the word mines. Mine is as possessive as they come, since when is there an s needed at the end? Unless you are referring to mines as in ‘gold mines‘, there shouldn’t be an s. Secondly, there were too many mentions of putting on her favorite perfume ‘Happy’. I rolled my eyes so many times throughout this book, that I got a migraine. The inconsistencies were in abundance. For example, at the beginning of this book Alyssa is having a conversation with Weston about wanting to start a family and I quote, “I’m 34!!”. But back in New York, after she catches David cheating, she refers to herself as being 32. Was she saying that she was 32 when she started dating him, or was she speaking present tense? The way it’s written is the latter. And the race card was thrown out there too much. I get being descriptive, but when you go on a rant about your man cheating with the half white bitch, that’s too much. Drake is of mixed race but there wasn’t any name calling when she caught him cheating.

This book is too weak for me. All that went down was so cut and dry, and it lacked emotion from beginning to end. Even the sex scenes were trite. That’s where I wanted these characters to connect. I didn’t expect all the cheating that went down. How do you go from one cheating man, to another, and back to the beginning? Just, No!! The only redeeming qualities that these characters have is the fact that they all need help. This could have been a great book, but the lack of detail and emotion made it weak. I was rooting for Alyssa at the beginning, but she contradicted herself from chapter 2 on. She, of all people, knows what it feels like to be cheated on. Why she slept with Drake is beyond me. The author clearly needed some drama to build this story up but it only fell flat for me. This is one of those books that is not for me. I’ve read cheating romances before and this one comes nowhere close to being as great. I will not be reading the rest in the series, and I cannot recommend.

4 thoughts on “Review: Ask Me Again by Theresa Hodge”