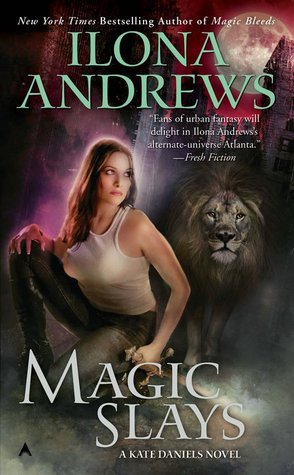 Plagued by a war between magic and technology, Atlanta has never been so deadly. Good thing Kate Daniels is on the job.

Kate Daniels may have quit the Order of Merciful Aid, but she’s still knee-deep in paranormal problems. Or she would be if she could get someone to hire her. Starting her own business has been more challenging than she thought it would be now that the Order is disparaging her good name, and many potential clients are afraid of getting on the bad side of the Beast Lord, who just happens to be Kate’s mate.

So when Atlanta’s premier Master of the Dead calls to ask for help with a vampire on the loose, Kate leaps at the chance of some paying work. Turns out this is not an isolated incident, and Kate needs to get to the bottom of it fast, or the city and everyone dear to her might pay the ultimate price.

I love this series so much! Nothing new to gush about but Kate’s family history and more crazy antagonists trying to destroy all beings of magic. Of course, there are hurdles to jump through, so there’s blood and guts strewn about.

I love the bond that Kate and Julie have. They may not be biologically mother and daughter, but they love each other just the same. Curran loves the kids, so it’s like their own little family. I also really just respect Doolittle. He’s very wise and his character is just brilliant.

I love how all the Clans of the Pack, the vampires & the People, witches, shamans etc… got together when the city needed them. Sure, their lives were on the line, but it was great. I am slowly trying to like Jennifer again; we shall see. Andrea…. it’s hard to dislike her when she’s so badass. Still, I don’t appreciate her breaking Raphael’s heart. I missed him in this installment. However, I plan to read Gunmetal Magic to understand her character better, so that I won’t hate her as much.

Okay, lots of bad guys running around, so you already know that Kate plays no games. Add in the fact that if you hurt the ones she loves, she will kick your butt and chop your head off with Slayer. Highly recommend! 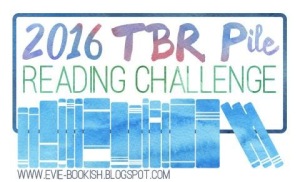