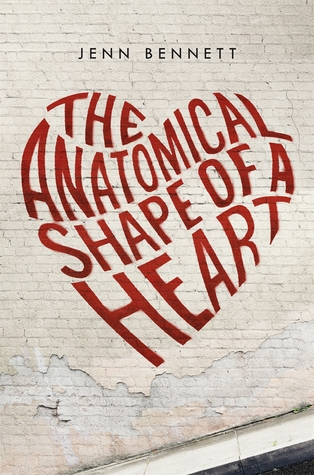 Beatrix Adams knows exactly how she’s spending the summer before her senior year. Determined to follow in Da Vinci’s footsteps, she’s ready to tackle the one thing that will give her an advantage in a museum-sponsored scholarship contest: drawing actual cadavers. But when she tries to sneak her way into the hospital’s Willed Body program and misses the last metro train home, she meets a boy who turns her summer plans upside down.

Jack is charming, wildly attractive, and possibly one of San Francisco’s most notorious graffiti artists. On midnight buses and city rooftops, Beatrix begins to see who Jack really is—and tries to uncover what he’s hiding that leaves him so wounded. But will these secrets come back to haunt him? Or will the skeletons in her family’s closet tear them apart?

I’ve got so many feeeeeeeels! When I’m feeling down, or just overwhelmed with life, I like to lose myself in a book. Well, do that anyway, but I crave it more when life sucks. I’ve always managed to find the right book that makes me feel better. The Anatomical Shape of a Heart gave me life. Seriously, I was dying before I cracked this book open. And if you haven’t read this book yet, you are seriously missing out on ALL THE FEELS!

This is me before TASoaH…….

I don’t feel so weighted down right now. For those of you who don’t know what this book is about, I’ll try not to spoil it for you. It’s art, love, family, mental health, and a very sex positive book. I’ll get to the latter in a moment.

What I Love About Bex and Jack…

Bex (Beatrix) is an artist, trying to win herself some scholarship money. She’s about to start her senior year of high school, and has been squirreling away a little savings, but she knows it’s not enough to even get her into the best school for the career she wants to pursue. I love her dedication to art. She’s focused and determined to be the greatest medical illustrator there ever was. Her mom wants her to be another kind of artist, but Bex is not changing her mind. After meeting Jack, she starts sneaking around, which cause a rift between her and her mother. No, she’s not some rebellious teen! You’ll see when you read the book. I’m not one for talking back to your parents, but I was so glad that Bex called her mother out on everything she’d done wrong. With her father up and leaving them, Bex and her brother have been helping out and taking care of their own little expenses. Her relationship with Jack was instantaneous, but I never minded that part because I was too busy swooning.

Jack (Jackson) is one cool guy. I loved him the moment he and Bex met. The little vandal! Okay, so he’s not a bad person and after we get to the “whys” of why he was going around spray painting the city, my heart just thumped a little harder for him. I can’t give up why without spoiling it, but the little development in that area was great. I liked that it didn’t take over the story, but it all came together at the end. After Jack and Bex got busted for their secretive meetings, I was hoping that the ending went exactly the way it did. I was totally speechless when it went that way, after I’d thought it in my mind. And no, I swear to you that I didn’t know anything about this book beforehand. Only that it was a great read among bloggers that I follow. Totally happy about that, BTW.

How do you write something so positive about taboo topics that parents don’t want to think about, Jenn Bennett?

I’ve said all I need to say without spoiling this book. Trust me, if you love contemporary YA, this book is one you need to add to your shelf immediately. It’s definitely going on my reread shelf. Highly recommend!