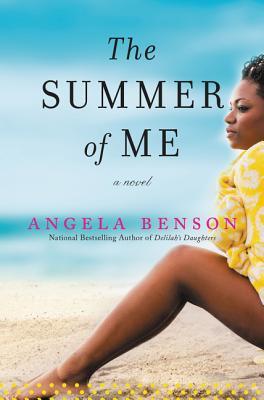 As a single mother, Destiny makes sacrifices for her children—including saying goodbye for the summer so they can spend time with their father and stepmother. Though she’ll miss them with all her heart, the time alone gives her an opportunity to address her own needs, like finish getting her college degree. But Destiny’s friends think her summer should include some romance.

Destiny doesn’t want to be set up…until she meets Daniel.  The handsome, warm and charming pastor soon sweeps Destiny off her feet. But is romance what she really wants? Or needs?

As the days pass, Destiny will make new discoveries—about herself, the man she’s fallen for, and the people around her. And she’ll face challenging choices.  But most of all, she’ll grow in ways she never imagined, learning unexpected lessons about trust, forgiveness, and the price of motherhood…and truly become the woman she wants to be.

The Summer of Me is a really good story about finding yourself. It’s about motherhood, marriage, love, trust, right & wrong, the patience and acceptance of “the-other-woman”. The-Other-Woman being the stepmother. While I appreciate all that this story entails, there are just some things that needed to be cut out. I don’t want to spoil the story, as that whole scenario revolves around the romance between Destiny and Daniel; and ultimately, Destiny’s friendship with the person at the head of the scandal. It was all just too much to pack into one story.

At first, Destiny came off as this scorned woman. It was hard to like her character, even when she was trying to be the bigger person when it came to her kids and their stepmother. She was trying to fight fire with fire, but sooner or later she’d have to realize that being bitter because you couldn’t keep the man, will only make her more bitter.I get wanting to be the one to give your kids all that you “think” they need. It was all so materialistic and just wrong. All kids need is love and security. They don’t need big houses, pools, and nice cars. Destiny felt the need to do bigger and better, but refused to listen to those who tried to encourage her to go back to school, get that degree she was after before the kids came along, and live better. I get wanting a home to call your own; all that other stuff seems irrelevant.

The romance between Daniel and Destiny started off pretty good. I liked the honesty that they shared. She asked him tough questions, and he answered and asked some in return. I never felt that spark between them, just a warm harmony. During this one Summer, Destiny found out a lot about her character. Her eyes have opened to see what she’s done in the past, and why she’s been holding back. I love the growth that she experienced, even though it was like pulling teeth in the beginning.

All in all, this is a good book to read if you are looking to curl up on a cold day. I like it a lot, but I feel that the whole money thing just made this story a drag. Daniel and Destiny could have had some other kind of drama in their relationship, than what actually happened. If you enjoy women’s fiction, this is a good book to add to your shelf. 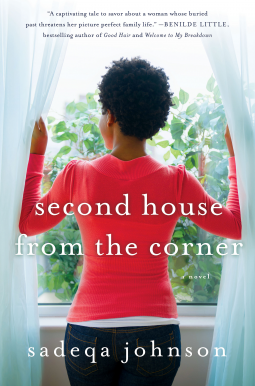 Second House from the Corner centers on the story of Felicia Lyons, a stay-at-home mother of three drowning in the drudgeries of play dates, lost pacifiers and potty training who occasionally wonders what it would be like to escape the demands of motherhood. But when an unexpected phone call threatens to destroy her life, Felicia is forced to return to her childhood home where she must wrestle with an ex-lover and long buried secrets to save the family and home she loves despite the daily challenges.

Felicia Lyons is a character who mothers can identify with and laugh along with. You can’t help but cheer for her in Johnson’s engaging and well-written novel.

So…..this was not what I expected. Trust me, that’s a good thing. I love this story, and the way that the author brought out the best, and worst, in each character is really brilliantly done. I’m not a mother, but I’m an aunt who has taken on the role of guardian to more than one of my nieces, nephews, and cousins. I know how it feels to be frustrated to the point of madness. I love the way the author wrote the scene where the mother has her methods of trying to work her way through the nerve wracking that has become a daily thing for her. When you have 3 kids pulling you in different directions, at the same time, you are bound to let loose. You could practically feel Felicia’s emotions jump from the pages. No, she didn’t strike anyone down. She dealt with it, by calling in reinforcements and leaving the house.

I appreciate the truthfulness that is this book. When Felicia bumps into one her high school frenemies at the movie theater, the story takes off from there. Everything lay out on the table for the reader to see. Felicia’s talent. Felicia’s sacrifices. Felicia’s fears. Felicia’s conscience eating her alive. I won’t go into detail about the mystery surrounding her past, but she made lots of mistakes. And even when the mistakes had nothing to do with the way her life turned out, she refused to believe otherwise. How do you rid yourself of guilt by association? Again, Felicia’s whole life revolves around past transgressions and it all comes crashing down around her. I didn’t really care for her husband too much. He was just there to me. This story would have worked well if Felicia had been a single mother. Overall, this one is a great pick for a book club discussion. Definitely recommend!

15 thoughts on “Women’s Fiction: The Summer of Me by Angela Benson – Second House From The Corner by Sadeqa Johnson”

I'm sitting here trying to decide what books to pluck from my TBR pile for June. June is my favorite month, as it celebrates Pride and Caribbean Heritage. I'm not feeling it right now, but I just stacked some randoms for this photo. As for audio and ebooks, I have hundreds to choose from, so whichever I feel like reading, I'll read. I also have some nonfiction reads that I'm looking at right now that cover a range of subjects. Ugh, 2020 is so messed up and I'm so tired. And I can't sleep. Stress is doing numbers on my blood pressure. I seriously have slept a total of 5 hours in the last 2 days. Anyways, are you guys doing any readathons in June? I'm not easily distracted right now, so I may not read much for the foreseeable future. I have no idea if any of these books will be cracked open. Plus, I have 4 preorders coming that I was looking forward to reading, and now I just don't know if I will. Everything is just so infuriatingly unfair. . . . . . . . . #junetbr #readcaribbean #caribbeanheritagemonth #caribbeanfiction #fiction #howtoloveajamaican #alexiaarthurs #untwine #edwidgedanticat #thetruehistoryofparadise #magaretcezairthompson #drown #junotdiaz #landofloveanddrowning #tiphanieyanique #historicalfiction #caribbeanhistory #storycollection #bookstagram #bookstack
I've just been....... raging these last few weeks. I can't understand any of it. Well, I can understand the racism because that is never going away. NEVER. Hope and pray to your heart's content, but racism is what this country was built upon. The thought of it changing is what makes the racists become bolder. We live in a digital world now, so more people are seeing what it's truly like for the first time. Or they've just been terribly naive about it. I wouldn't dare bring a child into this world. Racism is only 1/4 of that decision. The rest is....well, if you don't believe in science then I won't bother explaining climate change and extinction to you. Humans are the most invasive species this planet has ever had. It gets worse by each decade. I'm sick of it all. *rant over* . . . . . . . . . . . #bookstagram #onenightingeorgia #summerbooks #summertbr #celesteonorfleet #amistadbooks #booksandsocks #socksandbooks #booknerdigans #bibliophile #fiction #racerelations #historicalfiction #roadfiction #malcolmxwasright
Happy #stacksaturday 📚! @acevedowrites should have her own appreciation day. 🥰🤗😉 💗 💗 💗 💗 . . . . 💗 💗 💗 💗 . . . . #elizabethacevedo #clapwhenyouland #withthefireonhigh #thepoetx #epicreads #harperteen #bookstack #bookstagram #booknerdigans #bookdragon #yabookstagram #yabooks #youngadultbooks #yalit #youngadultlit #latinxauthors #nationalbookaward #readlatinx #readcaribbean #favoriteauthor #favoritebooks #coverlove #bookspines #booksinverse #novelsinverse #poetrybooks #booksaremagic #funkosandbooks #funkodirectors
Happy Tuesday ♠️♥️♥️♠️♥️♥️♠️ . . . . . . . . . . . . . . #summerbooks #summerreads #nightmareverse #llmckinney #abladesoblack #abladesoblack♠️ #adreamsodark #adreamsodark♥️ #aliceinwonderland #fantasy #fantasybooks #fiercereads #buffythevampireslayer #reimagining #retelling #diversebooks #weneeddiversebooks #wocwriters #womenwriters #yafiction #yabooks #yabookstagram #youngadultbooks #bookstagram #blackbookstagram #squarefish #avaduvernayfunkopop #funkopopdirector
I was looking specifically for Pacific Islander writers when I came across Shark Dialogues, by Kiana Davenport. Now, I love Thrift Books, don't get me wrong. But I clearly put the "very good" copy of this book in my cart. This isn't very good; I wouldn't even call it good. Alas, I shall just shut up and get the most out of my reading experience. It only cost $4 and some change, anyway. I'm trying to pull ahead so I can read the rest of my #asianpacificamericanheritagemonth TBR, because I've clearly already read two books that I had no intention of reading yet. I totally suck at sticking to TBRs. What are you reading this weekend? 🦈🌺🦈🌺🦈🌺🦈🌺🦈🌺🦈🌺🦈🌺🦈🌺🦈🌺🦈 #sharkdialogues #kianadavenport #hawaiianhistory #historicalfiction #magicalrealism #bookstagram #plumebooks #quarantinereads #mayreads #maytbr #fridayreads #booknerdigans #bibliophile #instareader #bookandsocks #hawaiilife #hawaiianwomen #pacificislandliterature #piheritagemonth #aapiheritagemonth
The days are winding down, and I'll be back at work by the end of the month. I've not read as many books as I'd like since the end of March, but I'm ahead of my goal, so i can't complain. Between doctor visits and Netflix, it's been hard to read more than 2 books per week. Still, I have to hope that I'll keep my pace once i go back to work. Have you read a lot since all this hoopla began? . . . . . . . . . . . . #maytbr #mayreads #asianpacificamericanheritagemonth #aapiheritagemonth #asianamericanwriters #amytan #thejoyluckclub #bookstagram #booknerdigans #bookcommunity #fiction #vintagecontemporaries #literature #literaryfiction #classicliterature #classicfiction #instaread #instabook
Happy #stacksaturday 🤗 🧡 🤎 💛 💗 💜 #summerreads #summertbr #books #instabooks #instareader #bookstagram #blackbookstagram #blackbookstagrammer #booksandcoffee #coffeeandbooks #redatthebone #jacquelinewoodson #gingerbread #helenoyeyemi #itsnotalldownhillfromhere #terrymcmillan #fiction #booknerdigans #summerbooks #bibliolife #thatbooklife #booksaremagic #riverheadbooks #ballentinebooks #blackwomenwriters #readblackwomen #diversebooks
Happy Monday 🥰 Where are all my Twihards at? Waking up to good news this morning put me in a great mood. I was all prepared to be a b**ch when I woke up. Yeah, I was grouchy as hell, and then I opened up Twitter and started screaming. We've waited a long time for Edwards's POV, and now it is happening. Okay, time to get back to reading. I haven't started Tea Girl, yet, but I just wanted to put some orange on your feed today. 🧡🔶️🧡 . . . . . . . . . . #sockmonday #theteagirlofhummingbirdlane #lisasee #asianpacificamericanheritagemonth #bookstagram #bookcommunity #bookish #instaread #fiction #domesticfiction #literature #orangebooks #orangesocks #booksaremagic #bibliophile #booknerdigans #scribnerbooks #booksandsocks #socksandbooks
Happy May 1st! Which means it's #asianpacificamericanheritagemonth! 🌺🌸 Here are a few that I'll be reading this month, along with a few more that I hope to get to. I also have my regular TBR which is only four books. I just have to get through as many of these as possible. I'm looking at around 11 books total. I totes have this. I think. What are you reading this month? . . . . . . . . . #maytbr #freefoodformillionaires #theteagirlofhummingbirdlane #thejoyluckclub #slumdogmillionaire #hweehweetan #vikasswarup #sharkdialogues #longlivethetribeoffatherlessgirls #talesofthetikongs #mayreads #bookstagram #booknerdigans #thatbooklife #booklover #instareader #instareads #instabooks #bookcommunity #coffeeandbooks #worldliterature #fiction #literature