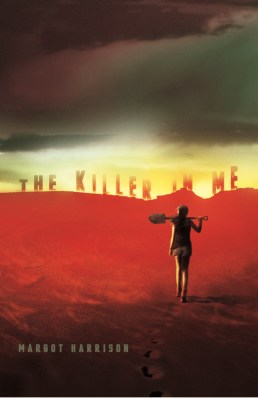 The Killer in Me

Synopsis:
Hasn’t he lived long enough? Why not? I could take him like a thief in the night.
This is how the Thief thinks. He serves death, the vacuum, the unknown. He’s always waiting. Always there.
Seventeen-year-old Nina Barrows knows all about the Thief. She’s intimately familiar with his hunting methods: how he stalks and kills at random, how he disposes of his victims’ bodies in an abandoned mine in the deepest, most desolate part of a desert.
Now, for the first time, Nina has the chance to do something about the serial killer that no one else knows exists. With the help of her former best friend, Warren, she tracks the Thief two thousand miles, to his home turf—the deserts of New Mexico.

But the man she meets there seems nothing like the brutal sociopath with whom she’s had a disturbing connection her whole life. To anyone else, Dylan Shadwell is exactly what he appears to be: a young veteran committed to his girlfriend and her young daughter. As Nina spends more time with him, she begins to doubt the truth she once held as certain: Dylan Shadwell is the Thief. She even starts to wonder . . . what if there is no Thief?

Imagine being able to know a serial killer’s every move. That is what Nina Barrows is dealing with in this YA thriller. There is no shortage of twists and turns in this very creepy story. And while I liked this one, I have a hard time saying that I love it. And that may be just me, since I am really not a big reader of thrillers, unless the characters suck me in. The little things that didn’t work for me, shouldn’t be a problem for thrill seekers everywhere, because this book will truly make your flesh crawl. However, I wanted more depth with the characters, and less gore.
This story is told from alternating POV, so that was good, and it gave me little breathers when I got too overwhelmed with THE CREEPY. Nina has this crazy connection with a serial killer, who we later know goes by Dylan. Nina’s dreams get more and more disturbing by the days, and she wants to put an end to the madness. Of course, Warren can’t let her go alone. He cares about her, so he feels he has to look out for her even if this plan is crazy. When they find Dylan, things start to really take off. I’d like to say that I was surprised by the BIG PLOT TWIST, but I wasn’t. Having already read enough SF/F or PN stories with telepathy, ESP, or whatever you want to call it – I pretty much figured it had to be a close connection. I can say that I love Warren very much. Maybe because he gave me breaks from Nina’s thoughts and dreams, but it was also nice to see how much he cares about Nina. I also feel like there was not enough of the connection between these characters. I wanted more, but the author does an amazing job at making this story a true thriller, which is the point. Still, some more character development – specifically, Dylan – would have been nice. He is the killer after all.
Overall, I think readers of YA thrillers, or any age group really, would love this book. It’s not a light read and will give you all the feels. Those feels being FREAKED OUT! I am glad that I read this, even though it lacked in some areas. Still, a very disturbing book. Recommended! 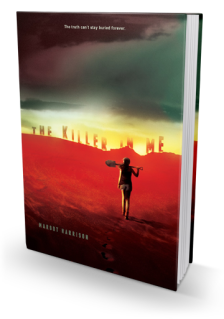 Follow the The Killer In Me by Margot Harrison Blog Tour and don’t miss anything! Click on the banner to see the tour schedule.

I was raised in the wilds of New York by lovely, nonviolent parents who somehow never managed to prevent me from staying up late to read scary books. I now work at an alt-weekly newspaper in Vermont, where my favorite part of the job is, of course, reviewing scary books and movies. The Killer in Me is my first novel. 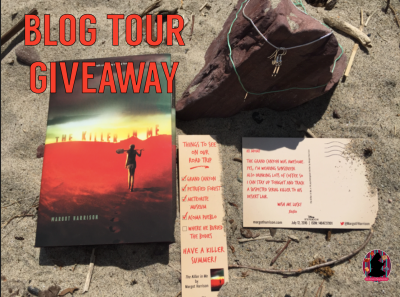 21 thoughts on “{Blog Tour} Review + Giveaway: The Killer In Me by @MargotFHarrison @The_FFBC @DisneyHyperion”