Welcome to the last stop on the Empire Decayed blog tour, hosted by Irish Banana Tours. This duology is one that I highly recommend, now that I’ve read the finale. Do not let the 1,440 pages of this duology intimidate you! Here’s just a few of my thoughts on this very well written book, and if you are a US resident, don’t forget to enter the giveaway before you go.

The Death and Life of Zebulon Finch VOL 2: Empire Decayed by Daniel Kraus

A murdered teen is resurrected to walk the earth for more than a century in the second and final book in the sweeping epic thatEntertainment Weekly called “utterly riveting.”

Zebulon Finch has faced more violence, lust, and heartbreak than any other seventeen-year-old in history. But nothing can prepare him for what is coming next.

Half a century has passed since Zebulon Finch was gunned down and then inexplicably resurrected to experience a second life. Picking up his tale where he left off, Zebulon heads to Nazi Germany on a top-secret mission. From there he escapes to the shiny new world of the suburbs—a tidy neighborhood hiding dark secrets. He will exchange the pains of this world for what he believes will be peace among the stars. He will march for social change all the way to Woodstock, go raving mad in the desert, and finally exit from humanity the only way he knows how. We first met Zebulon sealed in a tomb beneath the World Trade Center—might he yet crawl from the rubble to discover a different America?

Enthralling and gut-wrenching, The Death and Life of Zebulon Finch, Volume Two: Empire Decayed is the conclusion to the epic saga of one young man’s journey down the long road to redemption.

Empire Decayed picks up right where At the Edge of Empire left off. I’m pretty convinced now that Kraus is an author that I have to add to my must-read shelf. This duology is pretty brilliant. Although, it may be because historical fiction is my favorite genre to read. I’m not big on horror -which is the genre of his backlist (and there are hints of it here)- but if they are all written as brilliantly as this duology, I will have to take a peek.

Empire Decayed is much bolder than its predecessor. That said, don’t expect Zebulon to experience all things sunshine and rainbows. He is thrust into things that I wouldn’t want to take part in, but he’s also making statements. His voice is different here, as well. Oh, he still retains his manners and bouts of sarcasm, but he has grown as a character from the things he’s experienced throughout the decades. War in historical fiction is inevitable, so be prepared for blood and gore.

I think, for me, what makes this duology a must have is the way that the author manages to make this story “real”. When you think of immortality, you think of endless possibilities. Well, Zebulon goes through a lot of experiences. More than any one man who lives to be 100 goes through. He’s fought in wars that make you question life and humanity. Changes in the government bring out the best and worst in people, and Zebulon is there front and center. Even as he recalls all of his adventures, he still manages to make me laugh, even when the situations are anything but funny.

The less you know about Zebulon, the better his story is. I am so glad that I read them so close together and got the full picture, instead of having to wait. If you have read the first book, there is no way to forgo this second volume. I’ve been trying to find a book to compare this duology to, but it is unlike anything else I’ve read. It has everything that I love about historical fiction, but blends the horror and fantasy aspects in subtly so that it’s not overwhelming. I really truly recommend these books. You will not be disappointed.

Also In This Series: The Death and Life of Zebulon Finch Vol:1 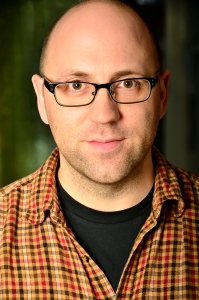 3 finished copies of Zebulon Finch VOL 2 (US only)